French Power Metal band, ÖBLIVÏON, (feat. former Nightmare members) have released a music video for the song ‚In The Arms Of A Queen‘, the track is taken from their debut album ‚Resilience‘ + DVD ‚Live at Leym’Fest‘, out on February 23, 2018 via ROAR Rock Of Angels Records.

The video can be viewed here: https://youtu.be/rAd-p3pzwm0

The DVD contains the live performance of the band at the Leym’Fest (France) on September 2nd 2017. The DVD features the full show (including 7 brand new Heavy Metal hits & 3 Nightmare songs), a bonus section with interviews of each members and also a trailer section.

The album was recorded, produced, mixed and mastered by Pat „Magician“ Liotard (Nightmare, Now Or Never) at Peek Studio in South of France.

ÖBLIVÏON is representing the „Dream Team“ of Heavy Metal’s musicians in France. Be ready for a Tsunami in the European power metal scene. 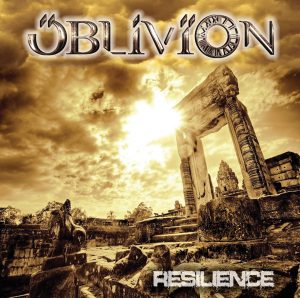